For the uninitiated, a virtual restaurant is a dining brand that exists exclusively for delivery. There is no dining room. No wait staff. No dish of mints at the maître d’ stand.

Here’s the easiest way to think about the virtual dining ecosystem. Ghost kitchens are the Amazon fulfillment centers for virtual restaurants. And food aggregators (e.g., DoorDash) take the place of the strip malls where the restaurants would exist IRL.

Notably, the looming end of the pandemic (which granted may never have a formal end date) doesn’t seem to be dampening enthusiasm for virtual dining. One bit of anecdotal evidence of this is the continued entry of celebrities and physical dining brands into the virtual restaurant space.

For example, Chick-fil-A is launching a virtual restaurant brand. According to this article in Food on Demand, the king of chicken sandwiches will roll out “Little Blue Menu” in Nashville this year and in Atlanta in 2022. The company already operates delivery-only locations with ghost kitchen operators CloudKitchens and Kitchens United. Little Blue Menu will be its first virtual brand. And then there is George Lopez. Yes, that George Lopez.  The comedian and syndicated sitcom star has just launched a virtual taco restaurant called, wait for it, “George Lopez Tacos.” (A quick aside. Whenever anyone launches an eponymous business, I immediately think of the “Michael Scott Paper Company.”)

Lopez just launched his cloud tacos brand in partnership with the virtual restaurant platform Nextbite. The tacos are available in 80 locations nationwide, including in Atlanta, Dallas, Los Angeles, New York City, Miami, San Francisco and Seattle. Lopez isn’t the first celebrity to launch a virtual restaurant through Nextbite. Lest we forget “HotBox by Wiz” by Wiz Khalifa.

So the George Lopez Tacos business model is unique and it has a clear local/SMB angle. Lopez/Nextbite is partnering with existing local restaurants to fulfill orders. Delivery is handled through Uber Eats, Doordash, Postmates, and Grubhub. So it strikes us that there are a lot of hands in the til taking a cut of each taco George sells.

“I’m excited for people across the country to have the chance to taste my favorite recipes delivered directly to their door,” Lopez said in the launch announcement.  “I really love that Nextbite is helping small businesses like local family-owned restaurants bring in more revenue and thrive by fulfilling the orders for George Lopez Tacos.”

This model is an interesting twist on the usual arrangement. Typically the virtual restaurant markets and sells, the ghost kitchen fulfills, and the aggregator delivers. Instead, Nextbite is using the excess capacity of a network of local restaurants to fulfill orders. And it appears to be actively recruiting new local restaurant partners to make more of George’s tacos. The logistics of this process seem daunting.

The complexity of the virtual restaurant model is only now becoming clear. And that’s why a new class of software companies is emerging to address all the complexity. We recently spoke to the co-founder of one such company. Mohamed Al Fayed is co-founder and CEO of grubtech, a ghost kitchen software platform based in Dubai and with a growing list of clients worldwide.

He said the pandemic created a huge wave of virtual restaurant startups, many of which failed early. They were mostly trying to be too small when some scale is needed to succeed. Or they simply didn’t appreciate how hard it is to run a restaurant. Even a virtual one. However, he is a firm believer that virtual dining is here to stay.

Al Fayed also helped us appreciate why the complexity of running a kitchen serving multiple brands is creating a new software category. Call it the ghost kitchen operating system. When you consider that a successful ghost kitchen works with multiple brands and multiple food aggregators, the variables add up quickly.

“There’s a lot of logic that goes into the order management and routing of that software.,” Al Fayed explains. “And then obviously, there are menu structures. You know, looking at a menu, you would think, Oh, that’s a simple thing, right? I mean, you know, pepperoni pizza, margarita pizza, and so on. But the clincher is the modifiers, right? I want extra cheese, I don’t want onions, I want extra olives. So you start to get into permutations of variations across each and every dish. We’ve seen menus in excess of 500 line items that only actually have seven to 10 recipes.”

Al Fayed and his partners launched grubtech in 2019. The company has raised more than $5 million so far to build out its product and take it to market. It currently operates in seven countries, mostly in the Middle East. However, they also have customers in Singapore. And Al Fayed said grubtech recently landed its first U.S. buyer.

From Virtual to Physical

Notably, one development Al Fayed is starting to see is brands originally launched as virtual restaurants beginning to open brick and mortar locations.

“You’re starting to see a lot of these virtual brands that were created at the beginning of 2020 starting to fade out or fold. And then you see some amazing virtual brands actually make the hop from virtual to physical, ” Al Fayed said. “So there are restaurateurs whose virtual brands did supremely well in 2020. And now they’re like, ‘Well, it needs to live in the real world now’.” 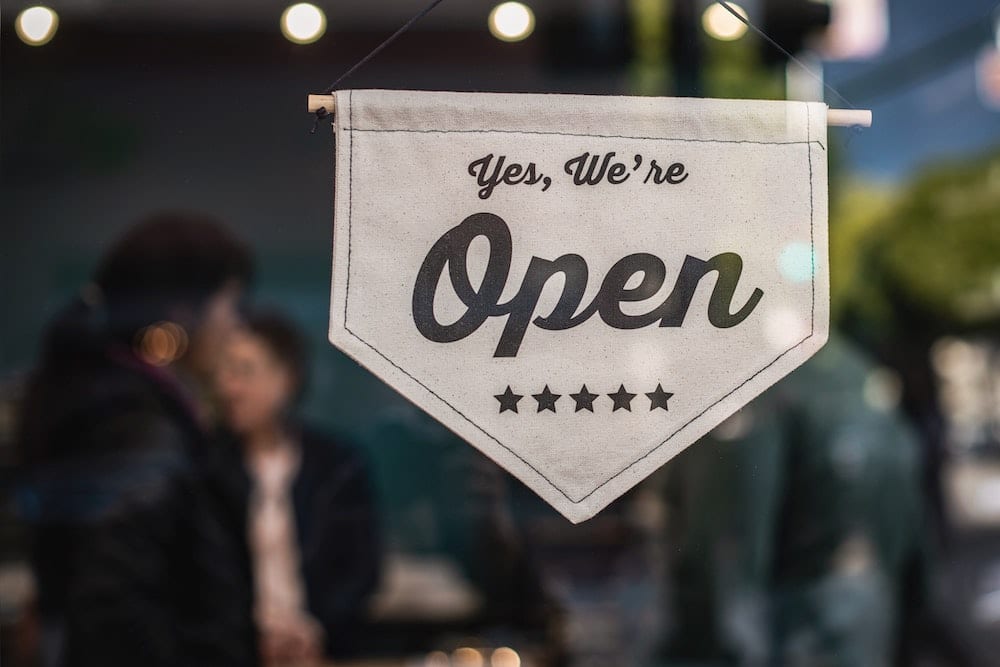 Amidst a suffering economy, tripledemic, and other world volatility, Yelp brings us some good news. The firm reports in its 2022 New Business Openings Report that the past year saw a record number of SMBs open in the U.S..